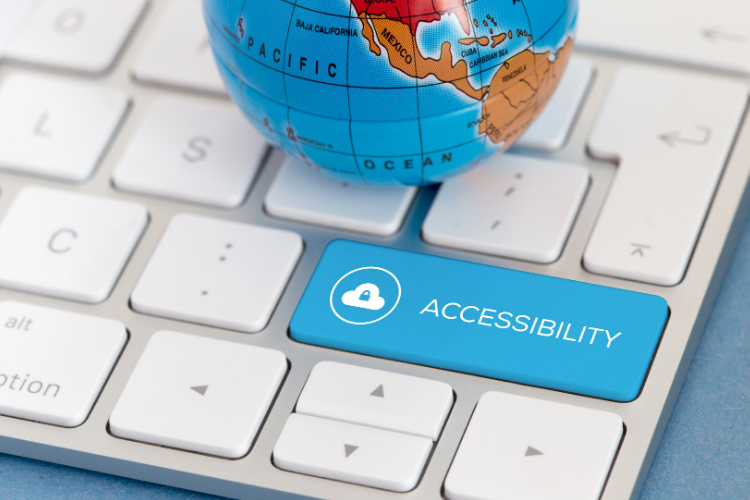 I recently received a newsletter from the Whole30 founder, Melissa Urban. I have been interested in the Whole30 since 2015 when Priscilla and I managed to complete one. In brief, it is a 30-day food challenge that eliminates a lot of processed foods and sugars amongst many other things. It has become very popular throughout the world since 2009.

I have always been interested in language and the implication that words give through subtext. This particular newsletter involved a change in language. Since 2009, they have used the words Whole30 compliant to indicate if something was “okay” to use in the program. They are now changing that word to compatible. I’d like to quote directly from this newsletter. Stick with me here, I’ll show you how this is related to the language of accessibility and usability.

“I’ve been using these words (in reference to Whole30 rules and compliance) in conjunction with the program for so long, I’ve forgotten to stop and think about what they convey and the impact they may be having. …And also… once prompted to think about it, the word “compliant” made me bristle. It brings to mind pliability, often at the hands of a controlling figure or body. Falling into line. Acquiescing to authority.

Is Whole30 an authoritarian figure in your life? (I certainly hope you say no.)

Are we dictating which foods to eat or avoid in your food freedom, how you should feel about food or your body, or what “health” or “wellness” should look like for you? Again, no—we have never been about that.”

So, Does This Have to do with Accessibility?

It got me thinking about the language that is used in regards to making things accessible for everybody including myself as a totally blind person using a screen reader. I also thought about when something has to be ADA compliant. There is also the comment around the disability community that goes something like, “compliance is not enough.”

In her newsletter, Urban talks about her realization that compliance has a sort of patriarchal feel to it and is aware now of her role in social justice throughout her particular community. While I am not specifically talking about social justice (although of course, I do have very strong feelings towards it which will not be addressed in the present post), there is a sort of justice and freedom component by using the word compatible instead of compliant. There are people who see compliance as an annoyance and just something that has to be dealt with. I wonder if using compatibility would allow for perhaps a more open dialogue around accessibility. Perhaps it is already used and I am behind the times in my understanding of the present language. It is possible that the word compliance is more for accessibility and the word compatible could be used for usability.

I don’t have the answer to any of these questions, this is just a start to a discussion that I would be curious to get your opinion on. I personally find that the word compliance has a sort of sting to it. It makes me feel like I’m shoving something down someone’s throat when I say, “you have to be compliant with current accessibility standards.”

In terms of web accessibility, the main source of accessibility is known as the Web Content Accessibility Guidelines (WCAG). There is often talk about those and being compliant with them. Would changing that to Compatible soften things a little bit for those people who actually have to implement those guidelines?

Maybe it’s six of one, half dozen of the other, as the cliché goes. What are your thoughts? Feel free to comment below. Just remember, as Rick Tamlyn told me in my first Coaches Training Institute course, “nobody gets to be wrong, nobody gets to be right.”