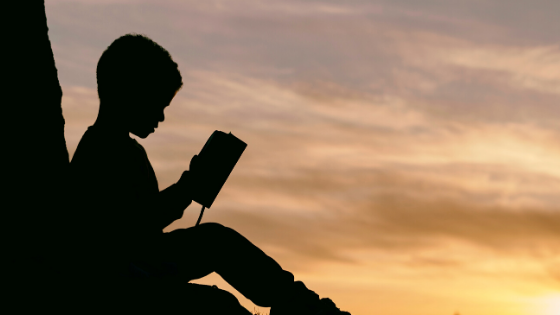 The word immediately evokes a different thing to every person who hears it. To the devout Catholic, it may evoke the image of Christ. The Jew may see the Torah, the Buddhist may see a vision of Nirvana. Or, faith might not be religious at all. After all, does an atheist have Faith? Faith in nothing? Faith that there is nothing? I write the above as a precursor to a discourse in losing and/or loss of faith. This was an instruction given to me by my mentor Rick Tamlyn. I had sent him a rather frantic text saying that I was not sure what the future holds in store for me regarding events that had transpired the past few days. Roommate announces he is moving, gets laid off, Dave has no tactical plan of approach for the future. Does tactics equal faith? I think not. Rick’s comment was, “you’re not losing talent, you’re not losing your gifts, you’re losing faith.”

The contrarian in me was apt to spout a rebuttal that I had no faith and, therefore, could not lose faith. I stopped myself, entreated to Rick that I would begin writing after we hung up the phone, and have thence done so. Losing faith is a matter of understanding one’s idea and ideals of faith from a base perspective. Mine was passed down to me from a Jewish mother and an atheist father. My father’s denouncement of any kind of god rings loudest in my ears. We were not good practicing Jews from my mother’s side by any stretch of the imagination. I did get Bar Mitzvah’d though and am very proud of that fact.

So, religious convictions, or lack of them, aside, what does a loss of faith constitute?

It constitutes a loss of belief in a certain system of guiding principles set forth by another individual or oneself. In my case, I would not say that I have Lost, and that word is in caps, faith, but can see some sort of system slipping from my grasp like one might lose hold on a rock formation and slip downward. The following questions are merely rhetorical in nature but might serve as a guide to a guide. What is faith? Does faith have a sensory perception attached to it? I.E. Can all five senses be attributed to it? Can one lose faith if one has been given the construct of faith from birth? Does faith sprout from within? Or is it something that is an external force that we as humans that think in three dimensions must grasp and shape as a potter shapes clay? Does faith get lost only when darkness is at hand? Or can faith be lost in broad daylight? If one has “blind faith,” can one have “seeing” faith? To lose faith, in essence, is to lose belief in the very grounding that shapes a person and/or persons as individuals.

Even the evilest person in the world has some sort of faith in that evil. In this, faith and belief, stand apart from each other. One can have a belief that there is no faith, but can one have a faith that there is no belief? I say, no, to the latter question. The thing that struck me about the brief telephone conversation between Rick and myself was his comment, “you’re not losing your gifts, you’re losing faith.” To this, I am afraid I have to agree. Yet his suggestion to write all of this, of course, is to recognize and call forth such a pronouncement before the flood of emotions threatens to envelop me and drag me, and my faith, down with it. Rick has a knack of calling me out on things that I do not want to think about, like what faith is and how I can Not Lose Faith in the midst of crisis. Even the word crisis has an alarming connection to it, but that is for another essay entirely. So the question becomes, what am I losing faith in? Is it myself? The last word being one word, compounded. Or is it my Self, the second word being detached and signifying being instead of possession as the compound word does. Am I losing faith in my ability to function as a human in society? Or am I just losing faith in the idea that the situation will, somehow, work itself out? Others would assign such a thing to divine providence.

Unfortunately, I will admit I have little faith in such things. Perhaps due to my upbringing, or perhaps due to the loss of my soulmate, divine providence does not seem to be a philosophical notion I can believe in. I was told as a child by my father, maybe around the age of 12, that humans are dimensional creatures. We think in 3 dimensions, 4 if you count time. We think in length, width, and depth. It is therefore plausible that God, or some higher power, is part of a realm with which our minds cannot comprehend. Therefore, we assign labels to what we do not understand. For me, this was profound. I have never claimed it to be the guiding doctrine to which I subscribe, but at that age, it was definitely different from believing in One God, the last two words being capitalized. Therefore, I ask, can one have a structured quote-unquote, faith, within this seemingly cold view of things? I think the answer is yes. By asserting a lack of understanding, are we not asserting faith in that lack of understanding? Is that the polar opposite of the one who believes in an almighty God?

The last question is, of course, rhetorical in nature. We have circled back to the beginning. In asserting that I am “losing faith,” Rick has forced me to ask what faith is and is not. In so doing, he has confronted me with a choice. I can either continue on this losing journey and plunge into despair, or examine the very core of faith as a conceptual grounding of being and give me pause to think about my stance and the future ahead. Since there is a fight in my head between factions, one claiming to have no faith, and the other claiming that faith is absolute as a human construct, to lose faith would be to lose being. To lose being would mean to lose mortal life. To lose mortal life would be the end. And I cannot reach the end by my own hand, for that would make a pronouncement to the world that I had, indeed, lost faith. So, the choice is clear, is it not?