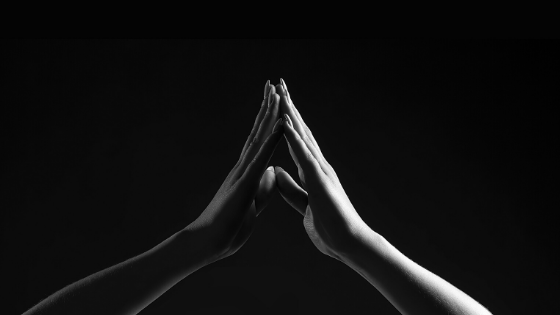 Does any other blind person out there think High Fives are awkward? Given the rather intense nature of the previous post, I figured I’d lighten the mood and describe something that happened the other evening which was very hilarious. I am, and always have been, an affectionate individual. I give hugs more than I do High Fives. But there is a reason for that. Hugs give me a more physical connection to a person. A High Five, on the other hand (pun intended), is something that is quick and very awkward for me as someone who is blind. I don’t know if other blind people feel this way, what I know is that even a simple gesture which sighted people take for granted actually puts me outside of my comfort zone. This is because I can’t see the hand that I am supposed to be giving a High Five to.

Usually, I just put my hand up and the other person meets it with their hand. Yet, there is always the shock of that physical connection, because I’m not the one that chooses when to initiate the actual contact. However, there might be a simple solution, one which I never thought of. Allow me to set the scene. My roommate Jon and his family were out for dinner. His nephew, Adam, is about 13 and was sitting on my right-hand side. At some point, I made a comment, and he said, “Cool! High Five!” Instead of the very awkward moment where I put up my hand and someone else does the movement, he did something entirely different. He took my right wrist in his left and brought it up to his right hand so that I knew where it was, and we were able to High Five. It caught me so unaware that I just busted out laughing.

His response was, “well, you can’t see where my hand is, so I figured I’d help out.” Normally, someone grabbing my hand out of the blue is a very uncomfortable feeling, like someone purposefully directing your eyes without your control. But this time, it was executed without forethought. Teenagers are well-known for their lack of such things; in this case, it made perfect sense to Adam. Ok, admittedly, it’s still awkward, this High Five thing. But the irony is that this conundrum had been on my mind for some time because someone had given me a High Five in L.A. and I realized just what a weird feeling it is to me. I’m not saying this is the optimal solution for every blind person out there. It was just something that made me think about the world we live in and how, literally, the smallest gesture can make an impact.