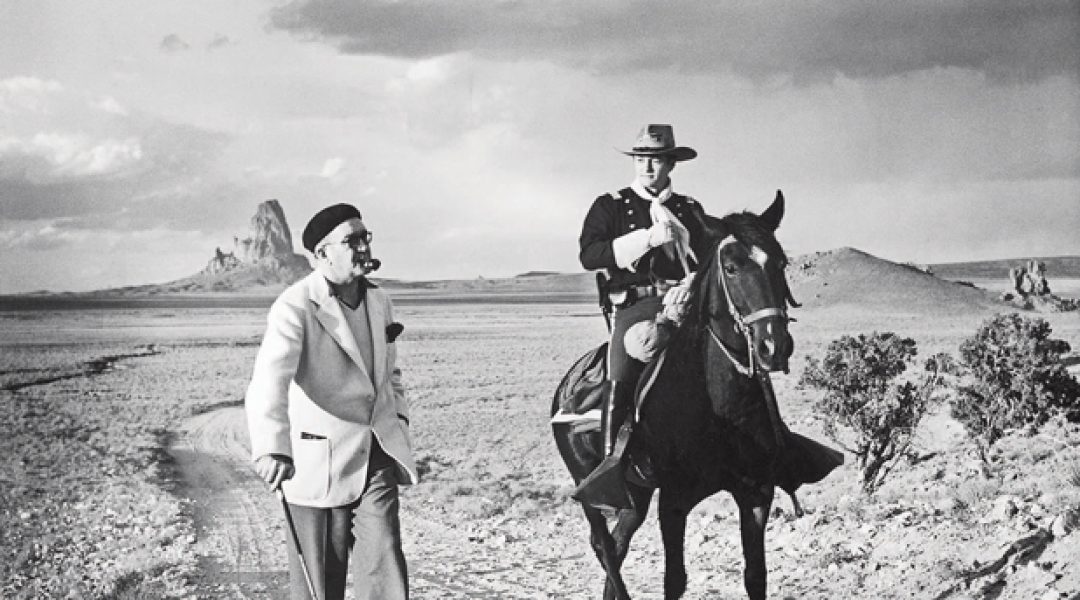 Print the Legend: The Life and Times of John Ford by Scott Eyman

I just finished Scott Eyman’s great biography of John Ford . He directed John Wayne in “Stagecoach” and “The Searchers” among many other great, and not so great, films. One of the things that was stressed over and over by both Ford and others who knew him was how much of a visual director he was. He preferred a fixed camera and, as he got older, seemed to care less about exact visuals, or he just got bored with the picture or was hung over, or all three. But he also was famous for just letting the actor act. Not trying to put too much of himself into the actor’s performance. Unless he felt he or she needed to be better to make a scene stand out.

His methods of achieving that were not always the nicest, but he was able to draw a good performance from most of the actors he liked and worked with. There is a part in the biography where someone was talking about how Ford, when a kid told him that he wanted to be a movie director, was talking to the kid and making up stories and scenes about the people they were passing by. He would say something like, and I’m paraphrasing here, “look at that man over there in the hat, and dirty shirt, what do you think he does at night? He doesn’t look like he works construction, look at his hands, they’re soft, but he looks like he’s had family problems.”

Now maybe Ford was wrong about that man, we all have stories we make up about people in the grocery store or those we watch at the mall. But I found it fascinating that he would do this to show a kid who wanted to be a director what to look for in the small details. In another part of the book, he was coaching someone through a scene, and again I’ll paraphrase. “You’re in love, you’ve wanted this person but you know you can’t have them, life is too complicated, they don’t want you. They only want power.”

Again, the story might be Ford making things up, or it might be in the script, but the details he presents might be the details that the actor needs to hear to make this a realistic scene. That’s a mild example, sometimes Ford could be sadistic and mean to get a good performance out of someone. But it was his additional observations that fueled things and he made those people work at the top of their game. One thing that several people said about Ford as a director was how he seemed to have the movie played out in his mind, knew what he wanted even if he didn’t always articulate it. To me, that’s the definition of someone who knows how to look. Somehow, he knew things based on his intuition and life experiences that made him observe more than other people. He channeled that into his art.

Stopping is the first part of my program, then Looking, followed by Listening, which I talk more about in this post. We take a good, long, observant look at areas of your life that you want to focus on. Just like a camera uses a long, medium, and close shot of a person or scene. Not everything you see will be pretty, not all of it will work, John Ford shot scenes and whole movies that were flops, but from what I’ve read, they all had some sort of unique quality to them that made them different from other director’s movies. It’s about looking for the details. I like to think of myself as a director of sorts, a coach (the nickname that John Wayne gave John Ford, whether it was a takeoff of “stagecoach” or a coach of a movie set and/or football, I don’t know),

But I try to see things from multiple perspectives with different results. And really, that’s what it’s all about, results. To learn more about my Stop Look and Listen Coaching Program, schedule a call with me here .