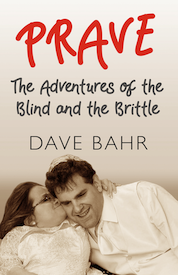 Fill out the form with your name and email address and we'll send you the Intoduction and Chapter One of Dave's newest book Prave: The Adventures of the Blind and the Brittle straight to your inbox for free!

You have Successfully Subscribed!

Things I learned from my second Zoom call

Hi there gang, it’s been a bit since I posted here. But I figured I’d share some things i learned from this last Zoom call that I had yesterday. The topic of the call was what I’m calling Mental Blindness. It’s a metaphor for how much confidence we have in an ability that we may, or may not, see in ourselves. It’s a bit more complex than that, but that’s for future Zoom calls.

Overall, the call went well. A few friends showed up, better turnout than last time by double. Here is a list of a few things. I figured I’d be transparent because maybe you all can learn a thing or two.

On that note, I’ll just say that one of the participants who didn’t know me actually left the meeting because she thought it would be more of a formal presentation. While I did indeed feel slighted, at first, by this, I realized that it was a fair point. I’ve never done screen sharing via Zoom and have yet to really develop a powerpoint style presentation on these topics. So that combination could definitely be seen as a deterrent. Back to the bulleted list, now

About the Author Dave Bahr

Storytellling, returning to the voice.

There is No “Normal” for Someone with a Disability

Out-of-Body Coaching, not by design!

Being addicted to, and getting high with your coach.