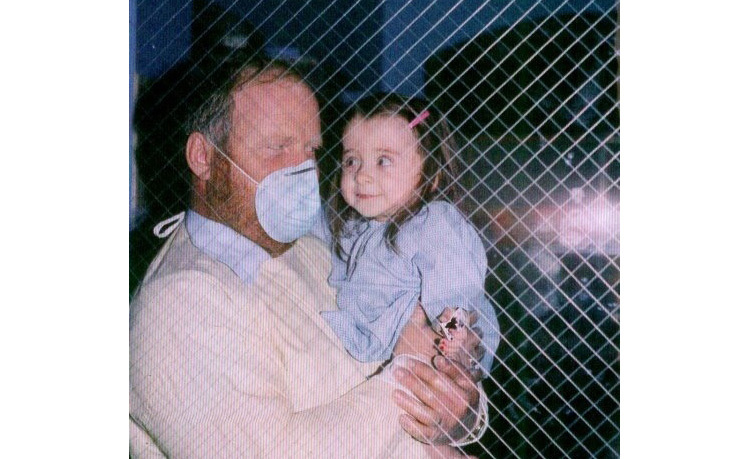 The Basic Idea According to this Census data, one in five Americans have a disability. I would like to disagree with that statistic. I think that 100 percent of people have Dis-Abilities. I have hyphenated the word Disability. This is because the word literally means, Not Ability. In my case, and in the case of many, this is a physical or mental disability. No hyphen. I’m blind, I do not and never have had the ability to see. Others acquire a disability at some time in their life. So, why the hyphenated version, then?

Definition of Dis-Ability I have to give credit to my business coach, Rick Tamlyn, and the very cool and fast-talking Rob Schultz of Profit Seductionfor this definition. I define a Dis-Ability as Something that Momentarily Gets in the Way of You being Your Best Self You’re probably thinking, “wait, Dave, the what that does which for whom?” I don’t blame you. Lets unpack this a little bit.

My journey from Dis-Ability to Believe-Ability

I could sit here, on my couch, and stare at the floor, which I can’t see anyway, and lament my past. I’ve had a lot of crap thrown at me in the past year and a half and I don’t wish it on anyone. Have there been times, even day-long excursions into this sad, victimizing, pitiful outlook on life? You bet, it happens to all of us. But what I want to present to you is this idea of shifting from Dis-Ability to Believe-Ability. It’s taking that definition I gave and putting it into practice around literally any trouble spot in your life that you feel like you can’t overcome. Let me give you an example from my life. The hardest one I can think of. In case you didn’t know this, I lost my wife to a brain aneurysm in May 2017. This was, obviously, the worst day of my life and has affected me to my very core. But how can such a loss turn me from someone with a Dis-Ability into someone who has Believe-Ability?

Let’s plug it in, in very simple terms, into my definition. Dis-Ability = Something (the loss of my wife) that Momentarily gets in the way of (the grieving process and trauma) of You Being Your Best Self (staying strong like my wife would want me to carry on her legacy and spirit) Now, let’s be real here, we all know this loss is permanent. But what we have to do as people with a Dis-Ability is to try and remember what that person believed in their time on this Earth. In Priscilla’s case, she was the fiercest fighter I have ever met, and I wake up every day knowing that she fought the physical pain of broken bones and kidney stones, and the mental pain of a stroke which took away her speech, reading, and writing ability, with every ounce of her being. Priscilla is the very definition of someone who had a Disability and a Dis-Ability and turned it into Believe-Ability. I have countless stories of this attribute in her. The picture that accompanies this blog post is when Priscilla was a little kid in isolation which was the result of a staph infection. The man in the picture is her father, Cledith. It is one of my favorite pictures of Priscilla, with a look on her face that says, “Ok, Dad, let’s get the hell outa this place.” That particular experience is one I talk about in my book and one which took 5 months of hospitalization to clear up. That could have stopped Priscilla from doing any number of things in her life, but it only made her resolve even stronger.

Ok, Dave, you can talk the talk but can you walk the walk? As I have tried to explain through personal example, it is possible for someone, anyone, to have a Dis-Ability. It is also possible for someone, anyone, to turn that from Dis-Ability to Believe-Ability. This is the journey I want you to accompany me on. I want you to join me in uncovering your Dis-Ability and turn it into Believe-Ability. Is it going to be easy? Hell no, it’s not going to be easy. But that’s where I come in, helping you in your own personal development to become that Best Self I spoke about in the definition.

If you have questions, gripes, grievances, or just generally want to chat, you can always contact me here.