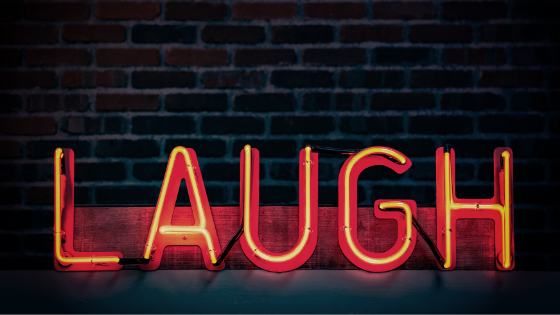 But 50 years ago, he was ahead of his time in his outspoken irreverence and frank distain for the church, showbiz, and the life of the comic. For a brief rundown, see This great article Listening to Bruce tell a story was a trip full of Yiddish slang, hipster jive talk, and previously unheard obscenities which got him in trouble with the law. Combine that with Joyce-Esque stream of consciousness and drug use, and you had the whole package. In reviewing some of Bruce’s recordings for this blog entry, I was struck by how he never backed down from what he thought was right. If he didn’t want to do a bit from one of his records, he didn’t. If something struck him, he said it. If it bombed, then so be it. If it made people laugh, then he had done his job.

At the Bigger Game conference in June 2018, I met with Bob Pranga, aka Dr. Christmas. I was just being my usual self, talking the way I always do. Filled with accents, different impressions, stories, digressions, and general acerbic humor. When I walked away, Bob turned to Rick and said, apparently, “wow he’s like Lenny Bruce.” This is something I take as a compliment. I don’t do the drugs or speak in the same style, by a long shot. But I think what Bob might have been referring to was the way both Bruce and I had the ability to capture an audience without really trying much. It has always been easy for me to talk and humor people. Lots of people have told me I should do standup. When I am before an audience, I feel like a different person. Like someone else is telling my story. But if I were to do standup comedy, I would want the people to come away thinking. That, in my opinion, is what Lenny Bruce did best. You might not have agreed with everything he said, you might not have understood everything he said onstage. But you at least came away with some new perspective on the world.

Such is the type of work I want to do in my domain of advocacy. It takes practice to speak about what I’ve been through. It takes massive amounts of vulnerability. There have been times I finished talking to one person or a group of people and I think, “oh shit did I really just say that?” That’s what Lenny Bruce has taught me. Humor and unwavering conviction in what you want to say, even if it bombs, will still get the people thinking when they leave that speech. I want to give people a new perspective on things that they didn’t have before. In Bruce’s case, it was things like the way the Catholic church was behaving. In my case, it’s things like how to talk to someone with a disability and not sound like a total shmuck.